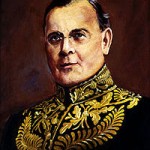 Eric Hamber was a leading businessman, an outstanding Canadian sportsman, and Lieutenant Governor of British Columbia from 1936 to 1941. Hamber was also the 13th Commodore of the Royal Vancouver Yacht Club, which he lead with distinction in the years 1931-1935, during the difficult years of the Depression. Famous across Canada for his prowess in outdoor sports, soccer, hockey and rowing, “Tammy” Hamber became President of B.C. Mills Timber and Trading, operators of Hastings Mill, after a distinguished career as a banker. In 1928, he had the honour of preparing under his supervision a mast of B.C. spruce for King George V’s yacht Britannia. Hamber owned the Lady Van from 1931 to 1942, during her heady days of competition when she was the acknowledged speed champion of her day. He was elected an Honorary Life Member of the Royal Vancouver Yacht Club in 1953.

Jack Cribb was the famous owner of Lady Van and skipper who brought the Lipton Cup to Vancouver in 1929 by defeating Sir Tom of Seattle and was one of the original syndicate responsible for building Lady Van in 1928. He won a raffle in 1929 and became the sole owner of Lady Van. Born in England, Jack came to Canada in 1907 and went to work on the gold dredges in the Klondike and went on to superintend the river equipment required in the building of the Grand Trunk Railroad. He also had a long association with the sea as a ship builder and salvage expert, with his early naval dockyard experience in England put to good use during WW II, when he superintended construction of fifty-two 10,000 ton vessels and 75 special landing barges at the False Creek yard of West Coast Shipyards, which he later owned. Cribb had a successful racing career in R Class yachts Lady Van and Lady Pat, as well as supervising the building the Club’s first 12 Geary 18 “Flatties”. He was elected an Honorary Life Member of Royal Vancouver Yacht Club in 1954.

Harry Wylie skippered the Lady Van during the years she was owned by Eric Hamber, winning the R Class Championship in 1936 and several Lipton and Isherwood Cups in the late 1930’s. He learned to handle small boats as a boy in Ireland and became one of the most capable skippers in local waters with an uncanny knack of keeping a ship moving in practically a dead calm. Wylie was an avid Star sailor and one of the founders of the English Bay Star fleet in 1923, placing second in the 1923 Star International Championships and competing in the 1932 Los Angeles Olympic Games. He was elected an Honorary Life Member of Royal Vancouver Yacht Club in 1947.

Cedric Gyles, one of the famous sailing sons of G.F. Gyles, skippered Lady
Van for Eric Hamber in the 1932 PIYA regatta shortly after he purchased her.
Cedric skippered his father’s R-Class Riowna in many Lipton Cup contests. He
was elected an Honorary Life Member of Royal Vancouver Yacht Club in 1966.

Phil and Sam owned and sailed Lady Van from 1957 to 1964, sailing out of the
Corinthian Yacht Club of Seattle. They picked up many wins in X class and
later A Class in the local regattas and races including wins in the
Marrowstone Island Race in 1958 and 1961, Vashon Island Race in 1958 and
1963 and the Mark Mayer in 1961 and 1964. Phil and Sam started racing
C-scows in Oregon and moved to Seattle, following stints as fighter pilots
in WWII, where they both worked as engineers with Boeing. Phil’s sailing
career also included the design and construction of Co-Motion, a 37 ft.
early generation ULDB which they raced in the 1972 Vic Maui Race 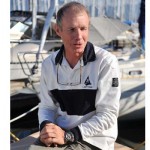 Don is the mentor and leader of the Society and his name is synonymous with sailboat racing in Vancouver. Don starting sailing on English Bay as a youngster and quickly established himself as a keen competitor at all levels. After studying architecture at UBC, he went on to become a boat designer and builder who did much to establish local capabilities throughout his career. He became a designer with international recognition designing specialty sailing boats in the IOR and ton classes that have won many championships. The ubiquitous Martin 242 and the specialized paralympic Martin 16 are ready examples of his talent. Throughout his life, he has built a tremendous record racing in all types of boats, and at all levels – from local Club events to regional races, and from national and international championships to very pinnacles of sailing including several Admiral’s Cups, and most recently the World 6-metre championships in Newport in 2010 and Helsinki in 2011. He is one of the few Canadians to participate in several America’s Cups; most recently working as an international measurer at the first event held in Valencia. Don is also an international judge, very much in demand for the world championships like the Olympic class 49’er. Don says his proudest achievements has been entering the Olympic stadium as a member of Canada’s Olympic and Paralympic sailing teams.

As a boy, Don fell in love with the lines and sailing abilities of Lady Van when she occasionally raced in Vancouver during the 1960’s. He never forgot her and when the opportunity arose for a rescue and repatriation to Vancouver, Don jumped quickly. Supervising and planning the restoration and doing much of the work, it was the culmination of a long held dream to take the tiller and steer the Lady Van to victory.