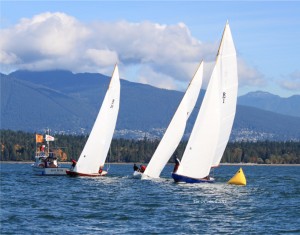 On October 28-30, 2011, Lady Van represented the Royal Vancouver Yacht Club in a successful defense of the Alexandra Cup winning the event over the St. Francis Yacht Club of San Francisco represented by Bob Cadranell and his recently restored Ace, a venerable R Boat built in Sausalito for Arthur Rousseau in 1928. 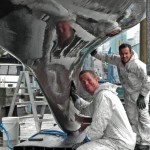 The Lady Van team was once again lead by Don Martin on the helm. Also returning from the 2010 crew are Barry Van Leeuwen as main trimmer and Steve White as headsail trimmer. New this year were Andrew Costa on the bow and Rich Ballantyne in the pit.