B.C. and the Pacific Northwest 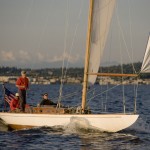 Pirate – A L.E. (Ted) Geary design built at Seattle’s Lake Union Dry Dock Co. and launched in 1926 for Don Lee as a present for his son Tommy. Pirate had a successful racing career in Puget Sound and later in California. Pirate was purchased by a group of Seattle yachtsmen and returned to Seattle in 1999 for a needed restoration. Now in mint condition, she is owned by Seattle’s Centre for Wooden Boats, who lent her to the Seattle Yacht Club for the challenge for the 2010 Alexandra Cup. For more information, please see Pirate‘s website www.r-boat.org . 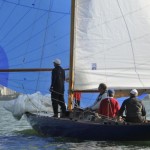 Aloha – A 1923 Edson B. Schock designed boat built by San Diego Marine Construction and formerly a flagship of the San Diego Yacht Club. She was restored in 2010 in Sidney, B.C. by a group of Sidney North Saanich Yacht Club members lead by Alex Foley, Findlay Gibbons and Gustav Klimach. She competed in several events against Lady Van in 2010, including the Selection Series for the Alexandra Cup and has become a keen rival of Lady Van. For more information please see the Aloha website at www.r-boat-aloha.ca 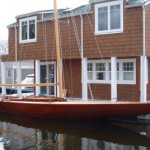 Ace – Ace was designed by Charles Mower and built by Madden & Lewis of Sausalito CA in 1926 for Arthur Rousseau, who wanted the largest possible R Boat to race in the winds of San Francisco. She was four time winner of the San Francisco Perpetual Challenge in her early years and won the A Class Sloop “West Coast Boat of the Year Award” as recently as 1998. She is now owned by St. Francis Yacht Club member Bob Cadranell, who restored her in his Poulsbo, WA shop, with the project being led by experienced sailor and shipwright John Guzzwell. Ace has challenged for the Alexandra Cup for 2011. For more information, please see Ace’s website at www.r-boatace.com

Lady Pat – A John Alden design built in 1927 at Vancouver Drydock and Salvage in North Vancouver for Ron Maitland, one of the early stalwarts of the Royal Vancouver Yacht Club. Lady Pat first contended for the Lipton Cup in 1927, winning the first race, but losing to Sir Tom in the second. During the start sequence of final race, Ron Maitland, in the interest of good sportsmanship, asked for a postponement to allow Sir Tom to fix a broken halyard. Sir Tom went on to win the race and series. Lady Pat competed in many more Lipton Cup, Isherwood Cup and other events through the 1920’s and 1930’s, winning the Lipton Cup in 1931, 1932, and 1933. She was sold to Manson Backus of Seattle in 1937. She is rumoured to still be around somewhere in California. 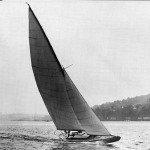 Sir Tom – The famous Sir Tom was designed by L.E. Geary and built in Seattle by N.J. Blanshard in 1914. With the unbeatable Ted Geary usually at the helm, she was the undisputed champion of the Pacific Northwest and winner of all Lipton Cup events from 1914 until 1929. She was unfortunately broken up for the lead in the keel in the 1950’s.

Patricia – Designed by C.E. Nicholson and built in Hoffar’s Yard in Coal Harbour, Vancouver in 1921 for Miss Patsy Maitland. Patricia was the first marconi-rigged sloop seen in Vancouver. Patricia competed for the Lipton Cup in 1921, 1922 and 1923, losing each time to Sir Tom. Along with Sir Tom, Patricia was transported to Newport Beach, CA to compete for the Isherwood Cup in the fall of 1922. While she beat all of California R class competition, she finished second to Sir Tom. She was sold to Pierpoint Davis of Los Angeles in 1923.

Riowna – A heavy weather boat designed by George Owens of Boston and built on the Great Lakes. She was acquired by a syndicate of Royal Vancouver Yacht Club members and brought west for the 1925 Lipton Cup in expectation of heavy winds in Victoria. She was skippered by Ron Maitland in lighter than hoped conditions and lost to Sir Tom. She was sold to G.F. Gyles whose son Cedric skippered her in many Lipton Cups from 1926 through 1940. She was finally sold to Seattle owners in the 1940’s. 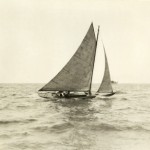 Turenga – Designed by Edson B. Schock for B.T. Rogers, business scion and many time Commodore of the Royal Vancouver Yacht Club, and built by Menchion’s Shipyard in Vancouver in 1913. She raced in the first Lipton Cup race in 1914, but even with B.T. Rogers’ deep pockets and sporting passion, could never quite catch Sir Tom. Turenga was fixture in the Vancouver racing scene for years and competed in many PIYA and Lipton Cup events through the 1930’s skippered by Ron Maitland and B.T.’s sons Earnest and Philip. She was unfortunately sunk off Point Atkinson after a collision with a coastal steamer.

Active – A early design from 1915 by Frank Stone. Rumoured to be part of a planter in Lakeside, Montana

Debra – An Edson Shock design built in 1924. Rumoured to still be around San Diego.

Puffin -A design from 1927 by L. Herreshoff. Currently owned by Mike Ripich and being raced at the Cleveland Yacht Club in Cleveland, OH.

Ardette – A Charles Mower design from 1925. Presently owned by Bob Rose and being raced at the Cleveland Yacht Club in Cleveland, OH. 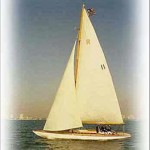 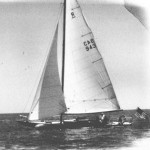 Nirwana – Designed by naval architect George Owen, Nirwana was commissioned for the Royal Canadian Yacht Club’s defense of the George Cup on Lake Ontario. She successfully defended in 1912 and then again in the next four subsequent competitions. She is currently owned by Penny Breck and sails out of Detroit Yacht Club. Listed for sale. 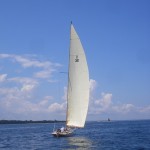 Bernida – Originally named Ruweida III, the Bernida was designed by MIT professor, George Owen and was built in Boston in 1921. In 1925, Russ Pouliot (1896-1956), purchased the boat, renamed her and shipped her to Detroit to race in the first Bayview to Mackinac Race. After 48 grueling hours, the boat and her crew battled storms throughout and won the first Bayview to Mackinac Yacht Race sealing her place in Great Lakes sailing history. Bernida is now owned by the Mackinac Boating Heritage Foundation and recently underwent a restoration. 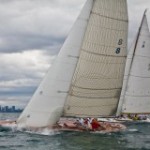 Diana (R8) – A Starling Burgess design and commissioned in 1924 as Hayseed VII. She was sold to J.R. Stebbings of Chaumont, NY who renamed her Kayea. In 1948 she was purchased by the Commodore of National YC in Toronto and renamed Diana. She was bought by Nic Reimann in 2004 and still sails out of NYC. 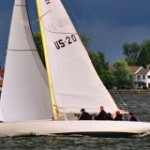 Nayada (R20) – Designed by Benson in 1923, she was built for, and won the George Cup in 1923 racing out of Royal Canadian YC. She is presently sailed out of Sodus Bay, NY. 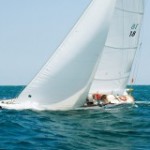 Fantome (R18) – Another Starling Burgess design commissioned in 1924 as Opeechee II. She spent many years racing out of Chicago YC and was purchased in 1979 by Henry Peirsig of NYC in Toronto. 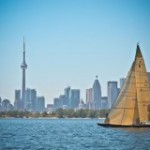 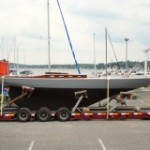 Vitesse (R3) – A John Alden design built in 1926. She was sailed for many years on the Great Lakes and later on Long Island Sound. 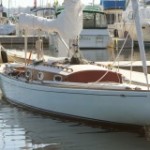